Cylus was founded to help mainline and urban railway companies avoid safety incidents and service disruptions caused by cyber-attacks.
‍
Cylus offers solutions that are specifically designed to address the unique requirements and needs of the railway industry, enabling to detect cyber threats in signaling and control networks, trackside and onboard, facilitating an effective response before harm happens.
‍
Led by veterans from the Israel Defense Forces’ Elite Technological Unit together with top executives from the railway industry, Cylus combines deep expertise in cybersecurity and rail. 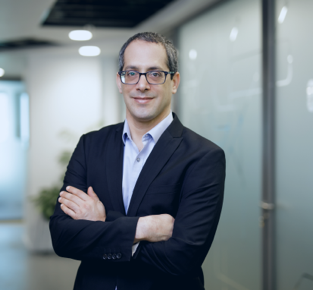 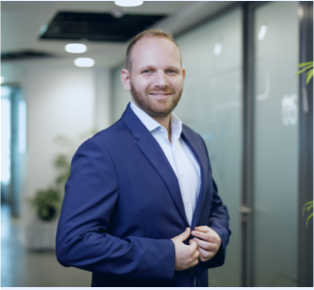 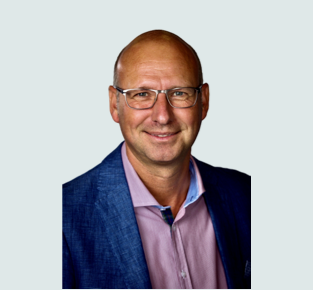 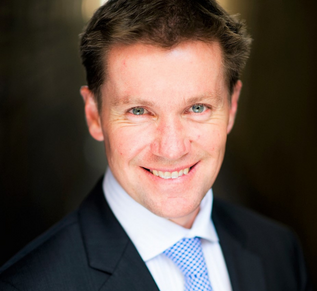 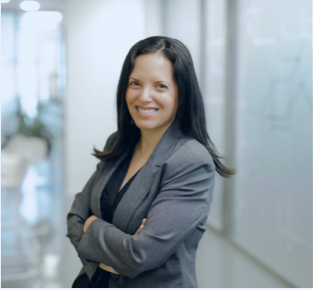 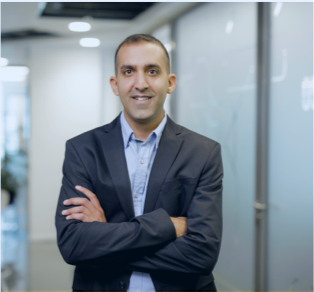 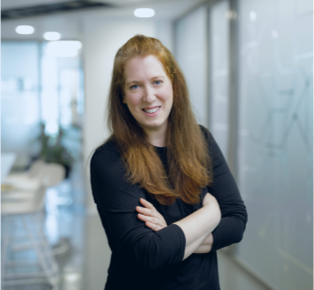 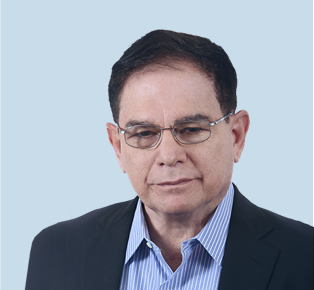 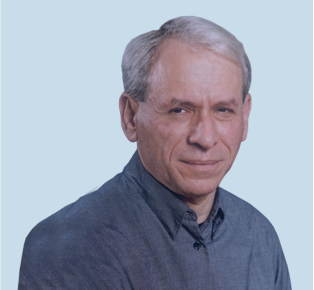 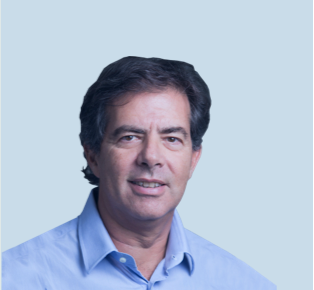 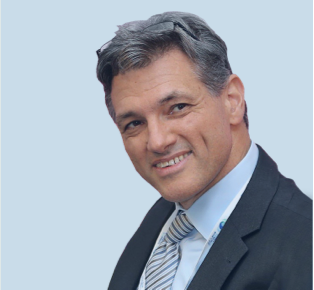 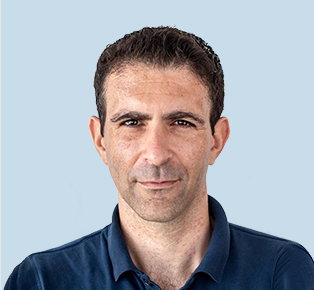 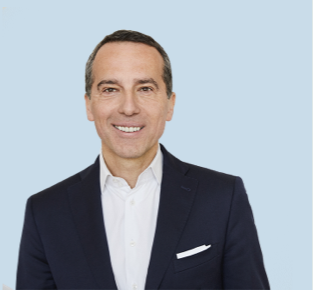 Amir Levintal is the CEO and co-founder of Cylus. Prior to co-founding Cylus, Amir served as the Director of the Cyber R&D Division of the Israel Defense Force’s Elite Technological Unit. With over twenty years of experience in cyber defense management and deployment, Amir has led highly skilled teams in the development and deployment of complex cybersecurity, software, and hardware projects. Amir received his master’s degree in Electrical Engineering from Tel-Aviv University. He has held pivotal roles in teams awarded the coveted Israel Defense Prize for exceptional technological breakthroughs, and proudly received high military honors for extraordinary achievement and exceptional contributions to national security.

Miki Shifman is the CTO and co-founder of Cylus. Miki is a veteran leader in the development of complex cyber security projects, with over ten years of experience in software engineering, research, and management. Prior to co-founding Cylus, Miki served as a cyber researcher and an R&D leader in the Cyber R&D Division of the Israel Defense Force’s Elite Technological Unit. He led teams awarded the Israel Defense Prize for exceptional technological breakthroughs and received high military honors for extraordinary achievement and exceptional contributions to national security.

Ben Field is the VP EMEA for Cylus, which combines his passions of team-building, cyber-security, heavy engineering and delivering transformative projects for customers across the region.
Ben has over 20 years of experience in strategic leadership, focussed on the development and execution of innovative transformation programs across the ICT, aviation, manufacturing and finance sectors.
Recently he has held executive roles running teams at Fortinet, Radware and Dimension Data, across the APAC and EMEA regions.

Tobias Dahm is Vice President Global Business Development. Tobias is an experienced Business & Technology Sales Manager with over 20 years in High Tech and Cybersecurity building large scale Partnerships from the ground to hundred millions in revenue. Tobias joins Cylus from Palo Alto Networks where he was in charge of creating GSI Business Partners  across EMEA including OT Business Partner. Tobias holds Bsc and MBA

Michal Bar is the VP of Customer Success and Cybersecurity Services. Prior to joining Cylus, Michal served as a cybersecurity consultant at the Ernst & Young Advanced Security Center in Tel Aviv for eight years. With over 15 years of experience in cybersecurity, Michal has successfully managed large-scale projects, leading teams of up to 20 security consultants for various global organizations in the industrial and rail sectors. She served in the Israel Defence Force’s Intelligence Corps’ cyber and IT units before receiving her master’s degree in Information System Engineering and Computer Software Engineering from Ben Gurion University. She holds CISSP certification and her expertise includes cyber risk assessments, secure design and architecture reviews, threat modeling and penetration testing projects.

Ravit Kotek Sela is the VP Operations of Cylus.
Ravit has over 10 years of experience in operational roles supporting senior executives in the high-tech and pharmaceutical sectors. Prior to joining Cylus, Ravit was the Chief of Staff for the President of R&D and CSO of Teva Pharmaceuticals, heading all operational and business aspects of the Global R&D division under the CSO.
Ravit has served in the Israel Defence Force’s Intelligence Corps’ SIGINT Unit and holds a Masters in Business Administration.

Christian Kern was Chancellor (Prime Minister) of the Republic of Austria and Chairman of the Social Democratic Party of Austria (SPÖ). Prior to joining politics for three years, he spent more than 20 years in business and held several executive and C-level positions in the rail and energy industries in Austria, Turkey, Italy and France.In 2010, he was appointed CEO of the Austrian Federal Railroad Group (ÖBB), one of the leading logistics, infrastructure and passenger transport groups in Europe. In 2014, he was elected Chairman of the Community of European Railways (CER) based in Brussels.Currently, he is a Partner and Director of Blue Minds Company, Vienna.Christian holds a Master's degree in Communication science from the University of Vienna. 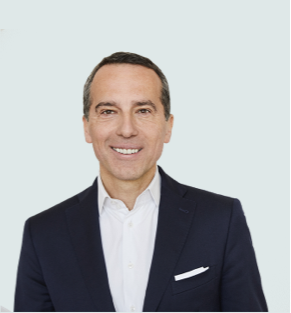 Zohar Zisapel is considered one of the fathers of the Israeli high-tech. In 1982, together with his brother, Yehuda, Zohar founded RAD Data Communications. In the course of 33 years, under the RAD Group umbrella, approximately 40 companies were established, of which eight underwent IPOs, 10 were sold and 10 closed. Four of these companies – Silicom, RADCOM, Radware, and Ceragon – are still traded on Nasdaq in the U.S. From 2009 Zohar started investing in start-ups in the field of cybersecurity. Altogether seven cybersecurity start-ups have been established of which three were acquired. In 2014 Zohar also started investing in automotive technologies. Four start-ups were formed, one of which has already been acquired. Zohar holds Bachelor’s and Master’s degrees in electrical engineering from theTechnion. He also holds a Master’s degree in Business Administration from Tel AvivUniversity.

Eran Gartner is Chief Executive Officer of Pandrol, and a member of the Delachaux Group Executive Committee based near Paris, France.Eran has over 20 years’ leadership experience in rail with Bombardier Transportation from 1992 until 2012. His positions included VP Strategy from 1999, VP Operations for Propulsion from 2001, President of Metros in 2003, VP Operations for Mainline & Metros from 2004.  From 2008-2012, Eran was President of Systems, where he led development and market entry of the 3rd generation driverless transit solutions, including the high-capacity INNOVIA Monorail 300.From 2014-2019, Eran served as CEO of Megalim Solar Power Ltd during the construction phase of the iconic 121 MW solar-thermal power station in the Negev desert.

Gal Gitter is a Partner and Managing Director at Ibex Investors, leading the fund's growth stage investments in Israel. Prior to joining Ibex, Gal was an Associate Partner at McKinsey & Company's Corporate Development Arm, as well as a Consultant focused on Growth and Strategy topics with US clients. Additionally, Gal was an Officer and Section Head in the IDF's 8200 Unit.﻿

Zvi Limon has been an investor in public and private technology companies since 1990. His activity has been mostly focused on companies in three main areas:  Communications, Internet and Semiconductor. Zvi has co-founded and is a General Partner of Magma Partners Venture Partners. He had previous experience in management consulting at Bain & Co. in London and at Shaldor Ltd in Israel. In the early 80s he worked in the Silicon Valley and later in Investment Banking at Rothschild Inc. in NY. Over the years he has served on the Board of Directors of many private and publicly traded companies. Zvi holds an MBA from INSEAD and a BA in Economics and Business Administration from Bar Ilan University.

Yoram Oron founded Vertex Ventures in 1997 as part of the Yozma Program together with Vertex Venture Holdings. Vertex Ventures Israel invested in Morecom (sold to Liberate), Tradeum (sold to VerticalNet), Vision Tech (sold to Broadcom), Actimize (Sold to NICE), dbMotion (sold to Allscript), Waze (sold to Google), CyberArk (IPO in Nasdaq) and Solaredge (IPO in Nasdaq), Heptagon (acquired by AMS) and Argus Cyber Security (acquired by Continental).Prior to founding Vertex Ventures Israel, Yoram was Chairman of Telegate from its inception in 1993 until its acquisition by Terayon in 1999. Previously, Yoram was President and CEO of Aryt Industries, and Co-Founder and CEO of Reshef Technologies.Yoram graduated with an MBA from Tel Aviv University, Israel and a B.Sc. in Electrical Engineering from the Technion - Israel Institute of Technology.